A little peek into Christmas traditions around the world…

Home/Family Life, Holidays/A little peek into Christmas traditions around the world…
Previous Next

A little peek into Christmas traditions around the world…

For many of us, Christmas is the highlight of the year, holding a special place in our hearts as a time crammed full of family, fun, traditions and laughter.

We merrily wrap ourselves up in our Christmas jumpers and enjoy our own traditions, but millions of people around the world celebrate the festive season very differently. So today, we’re giving you a little insight into the intriguing Christmas traditions of six countries from around the world. 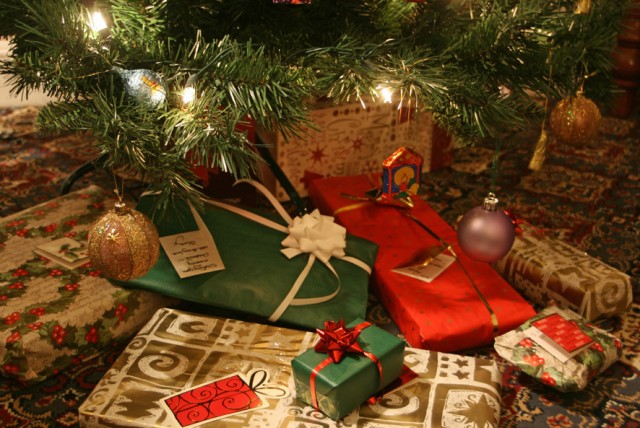 In Bangladesh the Christian men of the village take down the banana trees, then replant them in pairs outside their homes and along the paths leading to churches. They then bend over the huge leaves of the banana trees to form an arch, make small holes in bamboo poles, fill them with oil and tie them across the arches. When the oil is lit, the way to the church is lit up bright enough for all to see.

In Belgium there are two Santa Claus figures; St Niklaas and Pere Noel. Pere Noel visits those who speak the Walloon language, in fact he visits them twice. The first time is on December 4th so he can find out which children have been good and which children have been bad. If a child is good he returns on December 6th with their presents, usually candy and toys. The naughty children are left twigs, either in small baskets just inside the doorway, or sometimes inside their shoes!

In Czech Republic, St. Nicholas is called Svaty Mikalas, and is believed to climb down to earth from heaven on a golden rope along with his companions; an angel and a whip-carrying devil.

Tradition also dictates that a girl can tell her future by putting a cherry twig in water on December 4th. If the twig blossoms before Christmas Eve, the girl will marry sometime during the year.

About two weeks before Christmas, people in Lebanon and elsewhere in the Middle East plant seeds – chickpeas, wheat grains, beans, lentils – in cotton wool. They water the seeds every day and by Christmas the seeds have shoots about 6 inches in height. People use the shoots to surround the manger in nativity scenes. Figures are made from brown paper, and a star is placed above the scene.

In the Netherlands St. Nicholas is known as Sinterklaas. Dutch children are told that he sails from Spain on his feast day, December 5th. They fill their shoes with hay and sugar for his horse and awake to find them filled with gifts such as nuts and candy. Sometimes Sinterklaas appears in person in the children’s homes, bearing a striking resemblance to the children’s father or an uncle, and questions the children about their behaviour during the past year. In the past he carried a birch rod, but these days he is more kindly.

In the traditional Russian Christmas, special prayers are said and people fast, sometimes for 39 days. This ends on January 6th, their Christmas Eve, when the first evening star appears in the sky. They then begin a twelve course supper in honour of each of the twelve apostles – fish, beet soup or Borsch, cabbage stuffed with millet, cooked dried fruit and much more. Hay is spread on the floors and tables to encourage horse feed to grow in the coming year, and people make clucking noises to encourage their hens to lay eggs!

About the Author: claudia

Sign up to our newsletter to get 20% off your first booking with SHC.

Full details will be in your welcome email.
Your information will NEVER be shared or sold to a 3rd party.